Topaz gems can come in many different colours. They range from colourless, blue, yellow, orange, violet and brown, with red being the rarest colour.

Like many stones, ancient cultures would prescribe mystical powers to the topaz.

Ancient Greeks believed they received strength from the topaz, while Europeans thought they could counter magical spells and anger with this.

In India, people wear a topaz stone above their heart in order to gain long life and intelligence. Whatever the folklore may be, this stone is undeniably beautiful.

Because of the various colours of topaz, they can be mistaken for other gems. In fact, a clear topaz discovered in 1740 was thought to be the largest diamond found. But many believed it was indeed a topaz stone.

Topaz rates as an 8 on the hardness scale and it naturally produces some of the largest crystals. The biggest topaz ore weighs over 270kg!

As this gem has the tendency to cleave, this makes it a unique stone to work with. Master jewellers will know how to work with topaz as well as make designs that will not take heavy impact on the stone – or else, it will break.

The American Golden Topaz is perhaps the most famous in the world. Originally from Brazil, this stone is a massive 22,892.5 carats and has been fashioned into a cushion cut.

It took almost 2 years to cut this particular stone due to its hardness and size. Overall, it is actually one of the most prized faceted gems in the world. 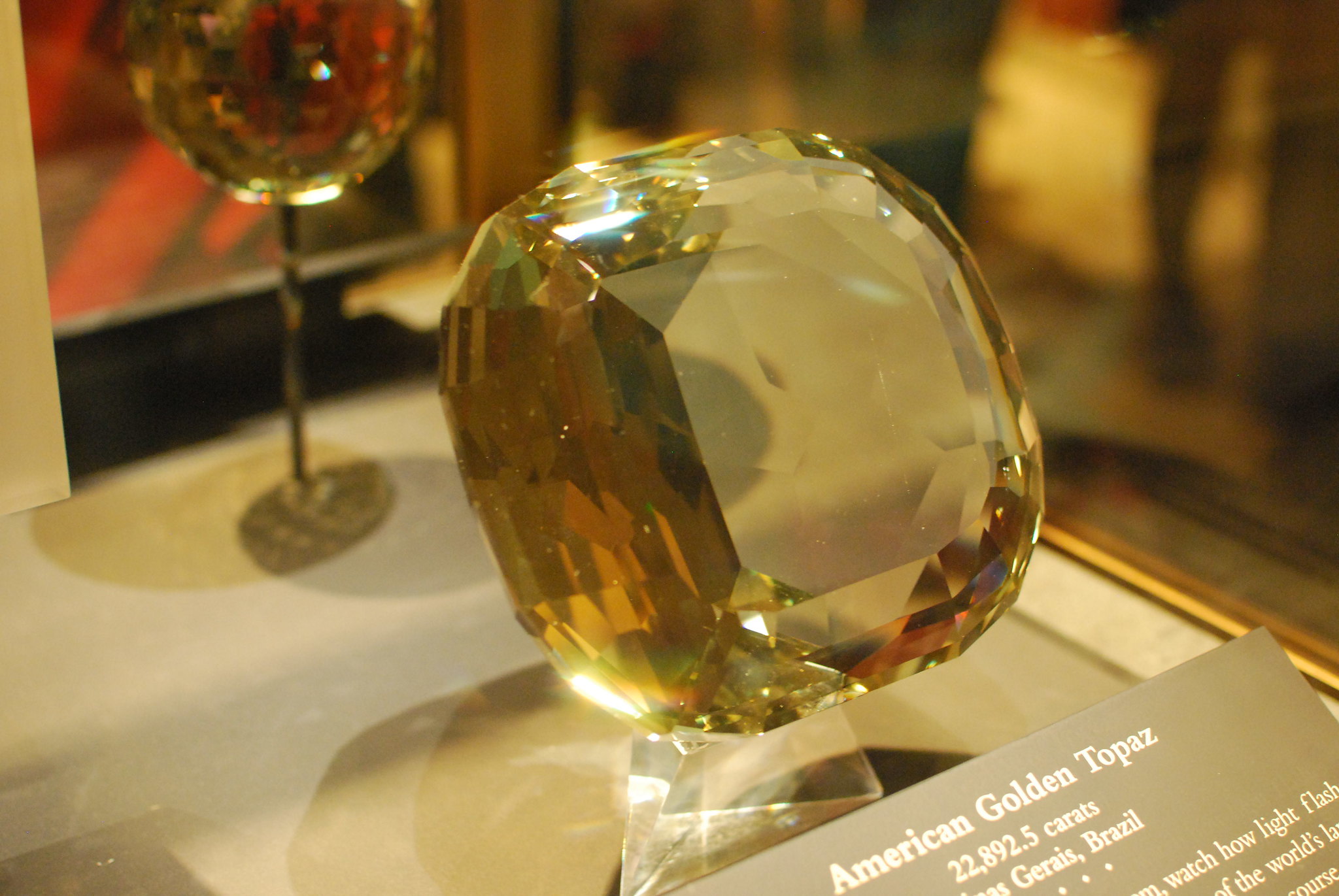 As is the case with many stones, the different colours in topaz are formed from various impurities. The variations in colours and hues make this stone a suitable piece for many styles, cuts and settings.

The most common is the blue topaz, but the ‘imperial topaz’, a peach coloured stone, is often used by royalty. These two colours are often used together in mysticism due to their contrast.

At Armans Fine Jewellery, we have topaz showpieces on offer. The Red and Green Topaz Cocktail Rings are ideal for any woman wanting to add sophisticated colour to their outfit.

With white and rose gold bands, these Gatsby style rings are all the fame.

For anyone who likes going above and beyond and wants a splash of light blue in their collection, this is for you.

If you are looking for any type of diamond ring that includes topaz or are seeking for more information about how to incorporate these rings into your life, then check out our Sydney CBD boutique today.